Plagara, the restless female Eleonora’s Falcon that nests on Antikythera, began again her return migrating journey from the distant Madagascar! Since 2017, Plagara is carrying a small GPS tag, thanks to which scientists of LIFE ElClimA project receive data concerning her movements in almost actual time (every 2 hours).

Plagara seems to be quite “in shape”, since this year she decided to cross a distance twice as long as the one she crossed last year over the Mozambique Channel. From the northwest shores of Madagascar she flew directly to the island of Zanzibar in Tanzania. The distance of her flight was more than 1,300 kilometers and its duration lasted about 48 hours (img 1). Last year, for the same crossing she flew exactly the half distance and time (img 2).

Eleonora’s falcons, as all migrating birds, are in place to evaluate the conditions of their journey and adapt its path according to their available energy levels, as well as uncertainties of the journey, such as the weather conditions. 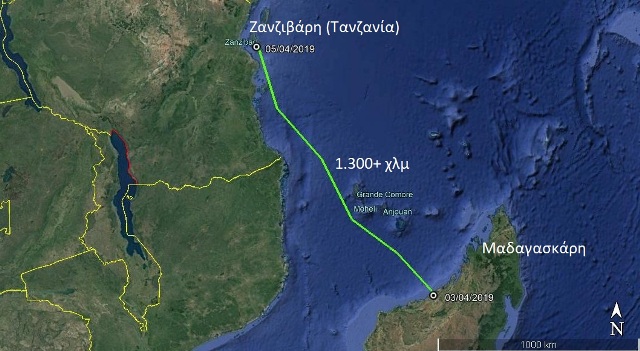 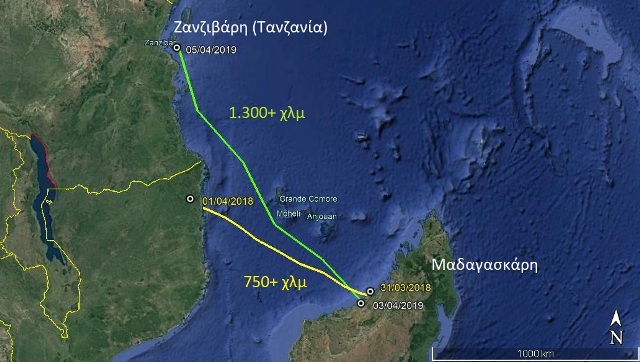