Greece is considered as the most important country for the conservation and survival of the Eleonora’s Falco as it is now known that the country hosts over 85% of its world population during the breeding season, which is estimated at 14700-15400 pairs.

The Greek breeding colonies are widely distributed in more than 300 islands and islets, mainly in the Aegean Sea, while a few can also be found in the Ionian Sea. 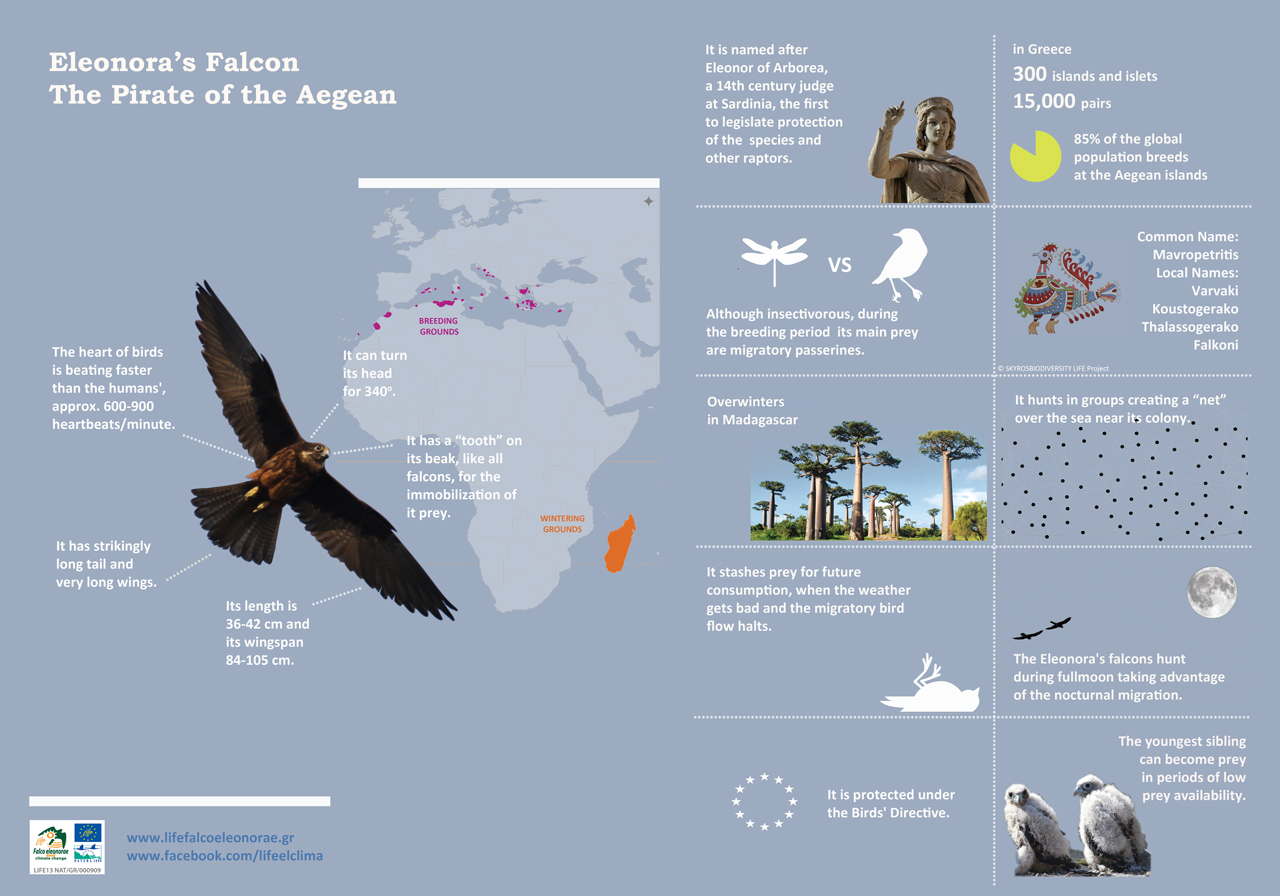