In April the field team of the Hellenic Ornithological Society together with the volunteers of Ornithological Station of Antikythera Island proceeded with the construction of artificial nests for the Eleonora’s falcon on the island of Antikythera, which hosts about 500 pairs of the species. The first effort was focused on vertical spots on the east coast of the island, adding new nesting sites for the Eleonora’s falcon. Similar efforts will follow soon in the north and the west coast, where most of the falcons are observed. 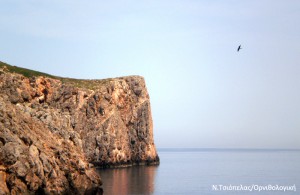 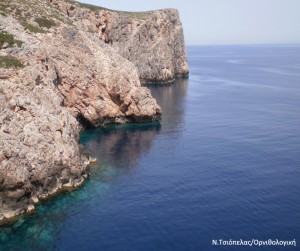 The ElClimA LIFE project actions aim at facilitating the Eleonora’s falcon adaptation to climate change through a series of management actions. One of those actions is the improvement of quality and increase the availability of nesting sites in the project areas of interest.

Antikythera Island is the third area where the action of constructing artificial nests is implemented, after the islets of Skyros and the Makares Islands. The materials used are natural materials, in particular stones locally collected. In some cases, the construction of an artificial nest has to do with the improvement of an existing natural cavity, which -because of vegetation or inappropriate rocky ground- cannot be used by the falcons before this intervention. Information about the new nesting sites created was collected in order to allow evaluation of the effectiveness of the action. 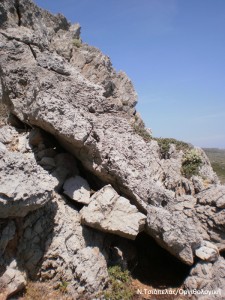 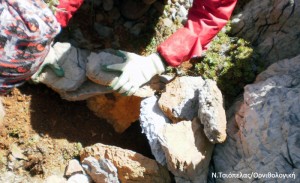 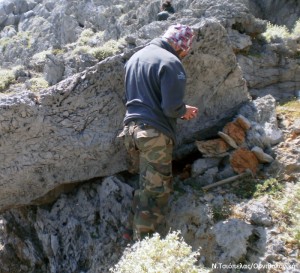