An “Oasis” for birds is being created on Antikythera Island

The island of Antikythera has the privilege of being on the migratory route of thousands of birds that move every year from Africa to Europe and vice versa. Thus, every spring and autumn, this small island located at the point where three seas meet (Ionian, Aegean and Cretan), gets full of winged visitors. During the migration months, literally every shrub and tree of the island is occupied by birds of all species. This abundance is the main reason why the island hosts one of the largest colonies of Eleonora’s falcon worldwide.

The significance of Antikythera Island as a migratory station for a large number of passerines and other birds has been identified by many studies and was the reason for the foundation of the Antikythera Ornithology Station by the Hellenic Ornithological Society (HOS) twenty years ago. Especially in spring, the island is the first station for birds after the demanding crossing of the two major ecological barriers, those of the Sahara desert and the Mediterranean Sea. In autumn, the island plays a crucial role in preparing the birds that stop there before attempting to travel to Africa. In both seasons, the common concern is to supply migratory birds with the necessary energy reserves for their journey. And in the world of birds energy means fat. Fat (precisely the subcutaneous adipose tissue accumulated in the body of birds) is the “fuel” they use in order to fly. And the fuel must of course be in sufficient quantities. Time is another issue for birds. In spring, birds try to reach the breeding areas early in order to have better prospects for nesting, while in autumn the journey to the south is always under the pressure of a reduction in available food, but also of the coming winter. Finally, another factor that we must not forget is birds’ rest, but also protection from all their predators.

The ideal, therefore, station and refueling area for migratory birds should offer rapid meeting of their needs in energy reserves with abundant and quality food combined with an appropriate environment for rest and shelter.

Antikythera Island is an obligatory station for migratory birds, which cannot be bypassed. However, the quality of the food provided by the site is constantly being degraded by factors such as the abandonment of traditional land uses, overgrazing and climate change. Under the program, we aim to ensure the best possible supply conditions for birds, by creating a farm that will be an “oasis” for those birds that land on the island. The target species of the project is expected to benefit, too, since both food availability and quality will increase.

The process of buying the appropriate parcels, with a total area of a little over 13 acres, was completed at the beginning of 2017. Shortly after, a working team consisting of HOS staff as well as enthusiastic volunteers of the Antikythera Ornithology Station took up work. It is the second time that land is being acquired through a LIFE project to solely protect biodiversity. The first time was in 1994 when WWF Greece bought 90% of the area around Sekania, in Zakynthos Island, aiming at the protection of the most important nesting beach of the sea turtle Caretta caretta in Greece.

Turning a farmland that was uncultivated for several decades into a fertile and productive place is an effort that takes time, resources and, above all, good planning.

The impenetrable shrub vegetation that had filled the area was greatly diluted to provide crops of grain, legumes but also trees (such as olives and carobs), which are much better food sources for birds. During this process, forgotten structures of earlier times, such as traditional paths, stone paddocks, dry-stone walls and threshing floors, were discovered. The preservation of cultural monuments such as these can be perfectly combined with the improvement of the habitat.

In the coming months, installation of a fencing to keep away the sheep and goats grazing free on the island, as well as sowing of crops follow. The spring of 2018 will find the area ready to welcome birds, offering much upgraded energy supply capabilities than now. A series of follow-up actions will collect the necessary scientific data to allow for quantification of this upgrade.

During the design, implementation and operation of the farm, priority is to maintain the maximum possible productivity using the smallest possible inputs of natural resources and always following the principles of sustainability and organic farming. This is a difficult balance but must be achieved in order to make the project viable in the future. The long-term goal of the project is the creation of more of those “oases” on Antikythera Island, as well as the dissemination of the knowledge and experience we will gain in other island regions of the Aegean Sea. 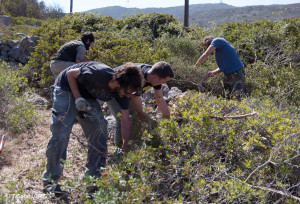 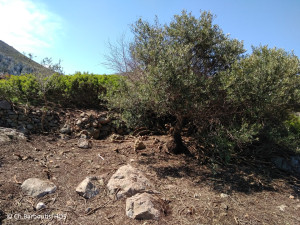 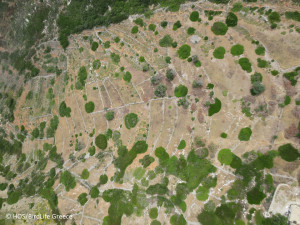